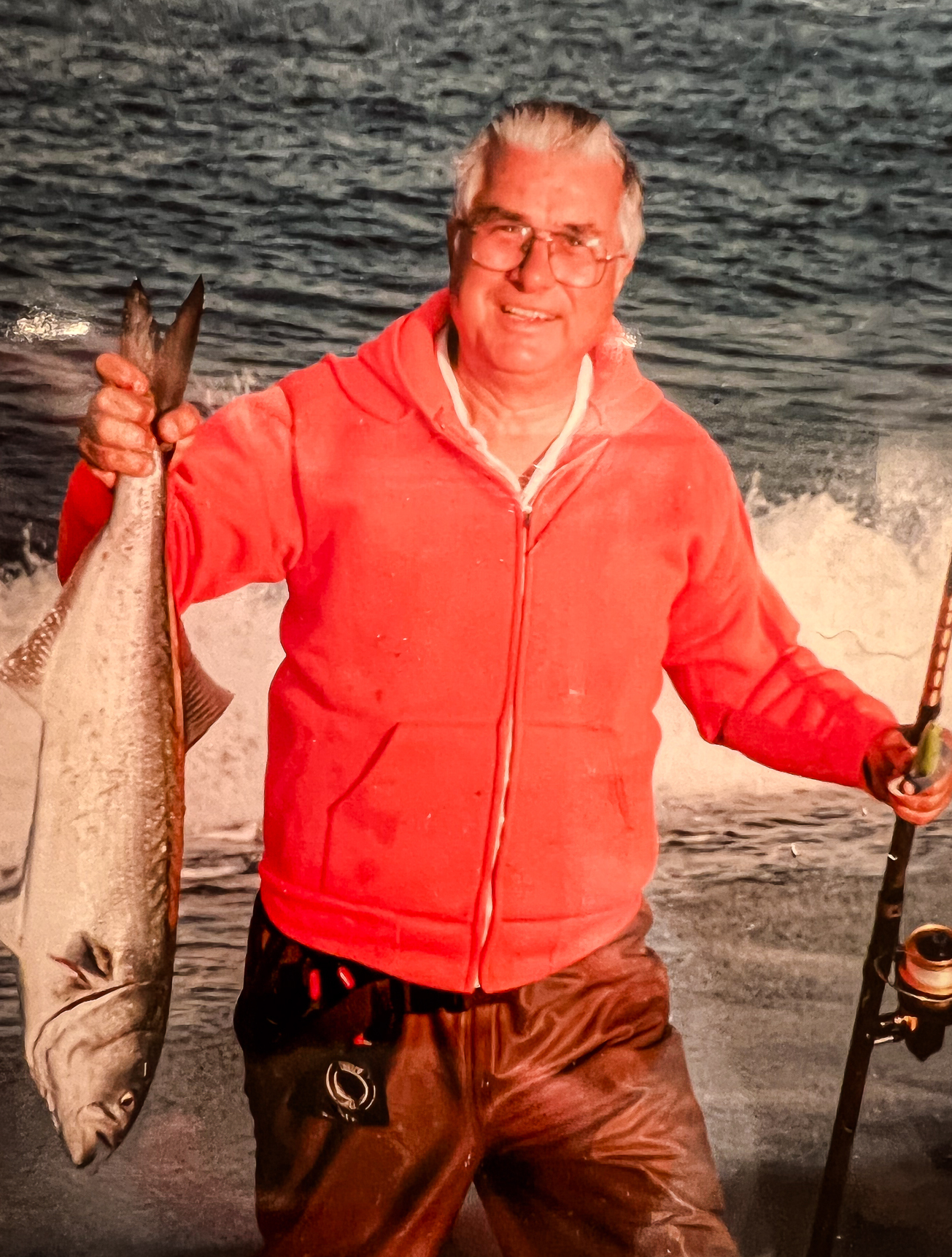 Please share a memory of Ted to include in a keepsake book for family and friends.
View Tribute Book
Theodore “Ted” Grochala, age 92, of Hamilton passed on Monday, November 21, 2022, at home with his family at his side. Born in Trenton on November 14, 1930, Ted Grochala lived most of his life in the Trenton/Hamilton Township area. He retired in 1988 after more than 25 years as a Supervisor with the General Motors Fisher Body Plant in Ewing Township. After retirement, he devoted his life to his family, especially his grandchildren, and a passion for fishing. Ted served in the US Navy from 1948-1952, spending time aboard the tanker USS Waccamaw, as well as at Guantanamo Bay during pre-Castro Cuba. In 1949, he was one of the few survivors of a deadly nighttime plane crash in the Potomac River while returning to New Jersey on Christmas leave. As Ted often said, his time in the Navy was his "college". As for his passion for fishing, Ted never met a fish he did not want to catch, and loved his decades of traveling with friends and family to fishing destinations throughout the United States and Canada, especially surf fishing in Nantucket and pike/bass fishing in Ontario. To those who loved him, he was known as Dad, Ted, Uncle Ted and Grandpop. He loved organizing family gatherings and Trivial Pursuit tournaments with his friends, children, nieces, nephews and grandchildren. Over time he assumed the role of the family patriarch and we all benefited greatly from him keeping us together over the years. We will all remember his fantastic memory, quick wit and fun-loving good-natured spirit. He will be deeply missed by all of us! Son of the late George and Catherine Grochala (nee Rebisz), who immigrated to the United States from Poland in the early 1900s, he was predeceased by his wife Mary Vlaszac Grochala in 2004, his sister Philomena (Fanny) Grochala Rubino, and brothers Pete Grochala, John Grochala and Frank Grochala. He is survived by two sons and two daughters-in-law, Richard J. and Kathleen Grochala of Basking Ridge, and George J. and Kathleen Lawler Grochala of Basking Ridge; his daughter and son-in-law Linda and Robert Diletto of Hamilton Township; seven grandchildren, Kelly Grochala Coveney, Molly Grochala, Quintin Grochala, Carter Grochala, Jamie Diletto Evanko, Taylor Diletto and Robbie Diletto, and two great-grandchildren, Palmer Evanko and Camille Grace Coveney. A funeral mass will be celebrated at 10:30 AM on Wednesday, November 30, 2022, at St. Raphael’s Church, 3500 S. Broad St., Hamilton. Interment will follow in St. Mary’s Cemetery, 1200 Cedar Lane, Hamilton. Visitation will be Tuesday, November 29, 2022 from 2pm to 4pm at the Kingston and Kemp Funeral Home, 260 White Horse Ave., Hamilton. (www.kingstonandkemp.com)
To plant a beautiful memorial tree in memory of Ted Grochala, please visit our Tree Store
Tuesday
29
November

Look inside to read what others have shared
Family and friends are coming together online to create a special keepsake. Every memory left on the online obituary will be automatically included in this book.
View Tribute Book
Share Your Memory of
Ted
Upload Your Memory View All Memories
Be the first to upload a memory!
Share A Memory
Plant a Tree