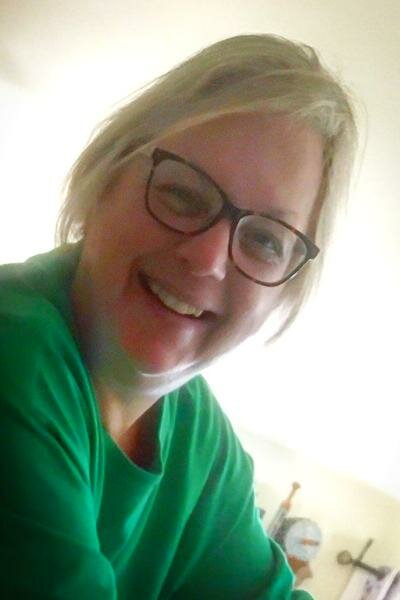 Please share a memory of Margaret to include in a keepsake book for family and friends.
View Tribute Book
Prominent Educator and Beloved Neighbor, Margaret Traino, 60, of Columbus, NJ, passed away on Thursday, November 10, 2022. In a world where you can be anything, be kind. Words to live by, from Margaret Traino (though you probably know her as Peggy or Mrs. Traino), who entered eternal life last week. Her spirit is carried by her husband, three children, two grandchildren, mother, brother, sister, and her extended family of thousands of children she taught (and their parents), her circle of teaching colleagues at Mansfield Township Elementary School, and her neighbors. We were blessed to learn many valuable lessons from her during her life devoted entirely to making her world, our world, a better place. Born in Trenton, raised in Hamilton, Peggy moved to Columbus, NJ in 1987 with her husband Robert, where she raised three extraordinary children – Benjamin, Zachary, and Maggie. Professionally, Peggy was an educator. In fact, one of the best, having been recognized as Educator of the Year in 2018, by Burlington County. She earned her teaching degree from Glassboro State College (Rowan University) in 1984, and began her career in Haddon Township. She taught there for several years before continuing her career in Mansfield where she taught fourth grade for over a decade. As a vital member of the community, Peggy served as leader for a local Girl Scout Troop, CCD instructor for St. John’s Parish in Allentown, NJ, member of the Columbus Home and School Association, and President of the Mansfield Township Board of Education – where she led the construction of the new Mansfield Township Elementary School. Peggy had an angelic voice, which she featured prominently in St. Raphael’s (Hamilton) production of Little Mary Sunshine, where she originated the title role. She loved to spend time with her family at their summer home in Avalon, NJ. She loved “Potpourri” ice cream from Springers, making pierogies for Christmas Eve, community cookbooks, needlepoint and knitting, beating her son at Wordle, and knowing the answer to final Jeopardy! Daughter of the late Edward P. Minar, she is survived by her dance partner Robert, her mother Patricia Kraus Minar, her sons and their wives, her daughter and her husband, her sister Madeline Gubernick, and brother, Edward P. Minar. As “Babcia,” Peggy was beloved by her two grandchildren Jack and Ethan Traino and adored by her two rescue dogs Mitzy and Bootsie, and her “Grand-Pup,” Coco. Peggy never stopped working to make the world a better place. And, inspiring everyone she touched to be kind was the greatest success story of her life. Memorial Visitation will be on Thursday, November 17, 2022 from 3:30 to 6:30 PM at Kingston & Kemp Funeral Home, 260 White Horse Ave., Hamilton, NJ (www.KingstonandKemp.com) with a Prayer Service at 6:30 PM. In lieu of flowers, please kindly offer your donations and support to the Mansfield Township Education Association Scholarship fund (which she led for many years). Please contact Mansfield Township Elementary School for details.
To plant a beautiful memorial tree in memory of Margaret Traino, please visit our Tree Store
Thursday
17
November

Look inside to read what others have shared
Family and friends are coming together online to create a special keepsake. Every memory left on the online obituary will be automatically included in this book.
View Tribute Book
Share Your Memory of
Margaret
Upload Your Memory View All Memories
Be the first to upload a memory!
Share A Memory
Plant a Tree