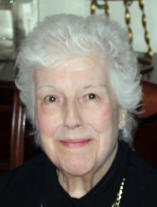 Jane T. Foy passed away on January 10, 2021. Jane was a lifelong resident of the region, being born in Bristol, PA on June 5, 1935 and living most of her life in Hamilton Township. Jane was a graduate of Neshaminy High School and at the age of 33, entered the nursing program at Mercer County Community College. She graduated near the top of her class in 1970 and went on to assist with the development of the nursing program at Mercer. Jane was extremely proud of being an RN and, as an instructor, influenced generations of nursing students in her 30 plus years at Mercer. Jane is the daughter of the late Jacob Townsend and Helen Townsend and she was married to the late Richard J. Foy Sr. in 1956 and raised three children together. She was predeceased by her eldest son, the late Richard J. Foy Jr. She is survived by her daughter, Elizabeth Foy of Hamilton, son Kevin and his wife Stephanie, of West Windsor and her grandchildren Kevin Foy Jr., and Kelsey Foy Saraiya and her husband Mitresh Saraiya. She is also is survived by many nieces and nephews. Funeral service will be on Saturday, January 16, 2021 at 11 AM at Kingston & Kemp Funeral Home, 260 White Horse Ave., Hamilton (www.KingstonandKemp.com). Interment will follow at Nockamixon Union Cemetery, Church Hill Road, Ferndale, PA. Relatives and friends may call on Saturday from 10 to 11 AM at the funeral home.
To plant a tree in memory of Jane Foy, please visit Tribute Store
Services for Jane Foy
There are no events scheduled. You can still show your support by planting a tree in memory of Jane Foy.
Visit the Tribute Store
Share Your Memory of
Jane
Upload Your Memory View All Memories
Be the first to upload a memory!
Share A Memory
Plant a Tree