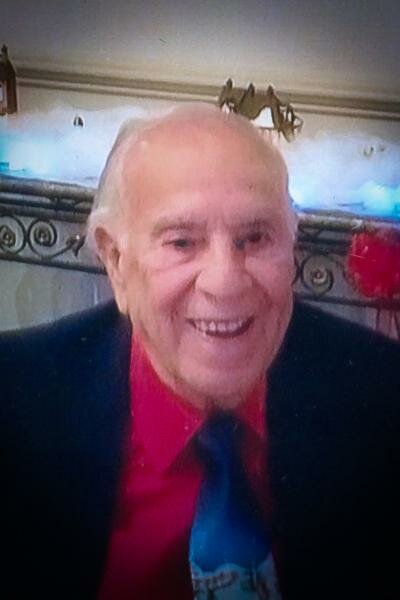 Please share a memory of Albert to include in a keepsake book for family and friends.
View Tribute Book
Albert D. Brogel, 94, of Hamilton, NJ, passed away, in peace, with his family by his side, on Wednesday, August 17, 2022, at RWJ University Hospital at Hamilton. Born on July 21, 1928 and raised in Trenton, NJ, he was a lifelong area resident. After high school and several years as Chief Usher at the RKO Lincoln and Palace Theatres in Trenton, Al joined the US Army where he served with the Military Police from 1950 to 1952. He also had many part-time jobs throughout the years, including Sears and Carlton Clothes, to help raise his family. Al was retired as Assistant Director after 42 ½ years with the State of NJ / Department of Motor Vehicles. A longtime dedicated parishioner of the Church of St. Anthony and Our Lady of Sorrows / St. Anthony Parish, Hamilton, Al watched mass daily on TV if he could not attend in person. He volunteered at Robert Wood Johnson University Hospital for 29 years until the age of 91, was Past-president of the RWJ Woman’s Auxiliary, was a member of the Hamilton Republican Club, serving as Municipal Chairman for 5 years during the Rafferty administration, was a Charter Member and current Secretary of the NJ Motor Vehicle Retiree Organization, a member of the DOTRA Retirees, the Ortley Beach Taxpayers Association, St. Anthony’s Senior Club and the Active Adult Club of Evergreen Community. Ortley Beach, NJ was Al’s year-round home away from home where he spent countless hours riding the waves and his bicycle. He had a beautiful tenor voice and was known for breaking into song no matter what time of day. He cherished time with family and friends where he would tell stories of the days and years gone by. His infectious humor led to many laughs for all. He always enjoyed his many car trips with “his girls” and enjoyed travelling with the Seniors on many bus trips. Al’s rock was his beloved wife, Jennie, and his wonderful family. He particularly enjoyed the Christmas holidays and always looked forward to Christmas Eve, when he and his family would all get together to eat and tell stories. Cakes and cookies were some of his favorite meals. Son of the late John and Angelina Giglio Brogel (aka Brachelli), son-in-law of the late Louis and Angela Varasano Maldera, brother of the late Dominick, Dante (Florence), and Michael Brachelli, James (Emily), Leonard (Dolly), and Elmer (Ann) Brogel, Caroline (Dante) and Florence (Dante) Moriconi, Fanny (Daniel) Frascella and Catherine (Vincent) Venanzi, father-in-law of the late Lt. Frank C. Bisanzio and brother-in-law of the late Michael J. Maldera, he is survived by his faithful and adoring bride of 69 years Jennie Maldera Brogel, his daughters and sons-in-law Carolyn Bisanzio, Lorraine (Gary) Leonardo and Phyllis (Raymond) Ludwig, his grandchildren Anthony (Ashley) and Frank (Heather) Bisanzio, Gary (Kristen) and John (Lauren) Leonardo, Valerie (William) Cowan, Raymond Ludwig and Lauren (Scott) Reome, “Poppy” to his great-grandchildren Alyssa Machado, Isabella & Gary, III Leonardo, Ashton, Hudson & Paxson Bisanzio, Nicholas, Knox & Miles Reome, Johnny & Matthew Leonardo and Amelia & Addison Bisanzio, his special sister-in-law Betty Maldera and many nieces and nephews and their families, as well as, his caregiver Thelma Williams and a multitude of dear friends. Funeral Mass will be celebrated on Thursday, August 25, 2022 at 12 Noon at The Church of St. Anthony, 626 S. Olden Ave., Hamilton, NJ. Entombment will follow at St. Mary’s Cemetery, 1200 Cedar Lane, Hamilton, NJ. Relatives and friends may call on Thursday from 9 to 11:45 AM at St. Anthony’s Church. Al’s family requests that in lieu of flowers, memorial contributions may be made to St. Jude Children’s Research Hospital, 501 St. Jude Place, Memphis, TN 38105 (stjude.org) or The Parish of Our Lady of Sorrows / St. Anthony, E. State St. Ext., Mercerville, NJ 08619.
To plant a beautiful memorial tree in memory of Albert Brogel, please visit our Tree Store
Thursday
25
August

Look inside to read what others have shared
Family and friends are coming together online to create a special keepsake. Every memory left on the online obituary will be automatically included in this book.
View Tribute Book
Share Your Memory of
Albert
Upload Your Memory View All Memories
Be the first to upload a memory!
Share A Memory
Plant a Tree