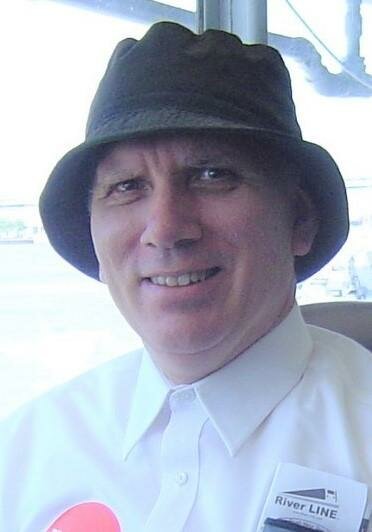 Jerome “Jerry” Posz, 74, went to be with the Lord on Thursday, June 23. The son of the late Irma and Joseph Posz, and younger brother of Joan, Jerry was born into his loving family in Flushing, NY. He graduated from St. Ann’s Grammar School and The Adams School. His father’s love of trains sparked Jerry’s lifelong interest. As a railroad enthusiast, he was a member of several train clubs in NYC. Through the clubs, he developed deep-rooted friendships. His hobby included a meticulously designed train table, an extensive train book collection, and train travels throughout the US and Canada. Jerry also held a career as a messenger for 39 years, riding the 7 train from Main Street, Flushing to Grand Central Station every work day, delivering packages throughout the day on the subways he enjoyed. In 2007, Jerry relocated to Hamilton, NJ where he lived with his sister and brother-in-law, Joan and Richard O’Grady. Jerry became a member of St. Raphael's – Holy Angels Parish. He also cherished time at the Hamilton Senior Center and broadened his ever-growing circle of friends. Over time, Jerry stoically faced medical setbacks, and Joan and Richard fervently cared for him as need arose. Recently, Jerry moved to Haymarket, Virginia. He had new adventures touring battlegrounds, visiting train museums, seeing a zoo, enjoying time with extended family, and even attending monthly NYC Railroad Enthusiast Club meetings via Zoom. Jerry’s comical wit kept us laughing and his sweetness touched us all. He remained close to all of the members of his small family, especially his sister, who selflessly cared for him. He will be sorely missed and will forever live in our hearts. He is survived by his beloved sister and brother-in-law and his nieces and nephews, Barbara and Jeff Kerr and Tom and Carly O’Grady. His great nieces and nephews include, Caitlin and Sean Auffinger, and Brian and Alex Kerr, Brendon O’Grady, and Tara O’Grady and his cousins are Geoge and Vivian Leopold, Richard and Patty Leopold, and Barbara Mathe. He is also survived by many friends whom he loved dearly and who made his life richer in so many ways. A funeral mass will be celebrated at St. Raphael Church, 3500 South Broad St., Hamilton, NJ. on Tuesday, July 5 at 10:30 AM. Interment will follow at St. John’s Cemetery, 80-01 Metropolitan Ave., Middle Village, NY. In lieu of flowers, please consider a memorial contribution in Jerry’s memory to a charity of your choice
To plant a beautiful memorial tree in memory of Jerome Posz, please visit our Tree Store
Tuesday
5
July