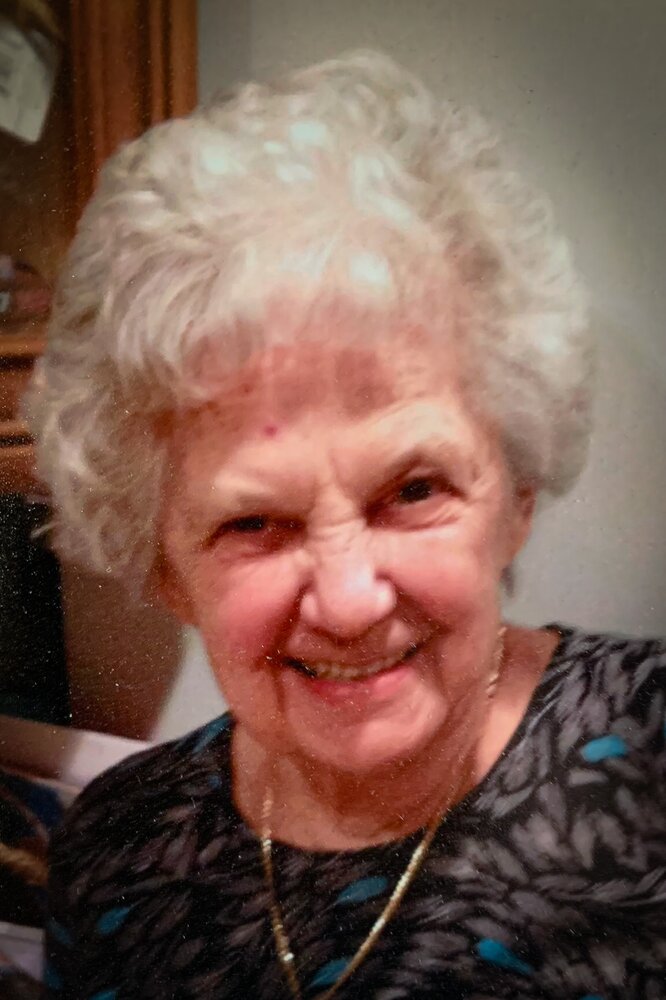 Madeline Marie LaMothe, 93 of Cream Ridge, entered into God’s care on Monday, May 2, 2022.   Born in Trenton, she was a longtime Hamilton resident before moving to Cream Ridge.  She was retired from the National State Bank where she was employed as a teller for many years. Madeline enjoyed her excursions to the casinos and other travel destinations. She also looked forward to a delicious snack and an occasional sip of Blackberry Brandy.  She was the daughter of the late Arthur and Madeline (Stocker) Maines; wife of the late Edward J. LaMothe Jr. and sister of the late Florence Burton and Jack, Bob, Art and Tom Maines.  Madeline is survived by her sons, Edward J. LaMothe (Christine), Rick A. LaMothe, and David C. LaMothe (Susan); her Grandchildren, Heather Harris (Jerry), Rebecca LaMothe (Jack), Jennifer Edwards (Mark), Kelly Floyd (Joe), Ryan Sech, Misty Payne (Joe); her Great-Grandchildren, Jonathan Harris, Baby Harris due at the end of May and Benjamin Floyd, Pam Daly who was more than the world’s best caregiver-Pam became an adopted daughter, sister and a part of the LaMothe Family. She’s also survived by several cousins, nieces and nephews.  A funeral mass will be held on Friday, May 6, 2022 at 10:30am in St. Raphael’s Church, 3500 S. Broad St., Hamilton.  Interment will follow in Greenwood Cemetery, 1800 Hamilton Ave., Hamilton.  Calling hours will be held on Thursday, May 5, 2022 from 6pm to 8pm and Friday morning from 9am to 10am at the Kingston and Kemp Funeral Home, 260 White Horse Ave., Hamilton. (www.kingstonandkemp.com)  Memorial contributions in Madeline’s memory can be made to the Alzheimer's Association, 225 N. Michigan Ave., Fl. 17, Chicago, IL 60601 or log on to https://act.alz.org/donate.
To plant a beautiful memorial tree in memory of Madeline LaMothe, please visit our Tree Store
Thursday
5
May