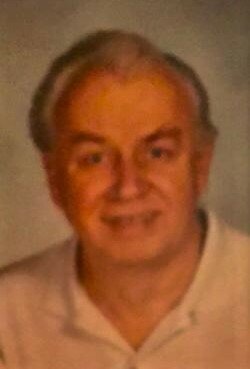 David Zola, 80, of Hamilton, passed away, suddenly, on Monday, January 10, 2022 at home. Born and raised in Trenton, he was a lifelong area resident. David attended Trenton Catholic High School and retired in 1995 from C. V. Hill Refrigeration in Trenton. He was a parishioner of St. Raphael’s Holy Angels Parish, Hamilton, and enjoyed working on cars, his El Camino, fishing, coin collecting, softball, playing the lottery and trips to Atlantic City. Son of the late Waclaw and Stella Zola and brother of the late Wesley Zola, he is survived by his wife of 59 years Susan Doyle Zola, his daughters Sharon Zola and Suzanne Zola, his son David Zola, his daughter and son-in-law Sandra and John Knudsen, his sister Sandra Klein, his grandchildren David Zola, Jr. and wife Andrea, Joseph and Angelo Sperrazza and Wesley Knudsen, his great-grandchildren Christian and Rosie Zola, his sisters-in-law Doris Whitman, Isabelle Magee, his brother-in-law Thomas Doyle and wife Roseann, and several nieces and nephews. Funeral services and burial will be private. There will be no calling hours. Memorial contributions may be made in David’s memory to St. Jude Children’s Research Hospital, 501 St. Jude Place, Memphis, TN 38105 (www.stjude.org).
To plant a beautiful memorial tree in memory of David Zola, please visit our Tree Store

A Memorial Tree was planted for David
We are deeply sorry for your loss ~ the staff at Kingston & Kemp Funeral Home, Inc.
Join in honoring their life - plant a memorial tree
Services for David Zola
There are no events scheduled. You can still show your support by planting a tree in memory of David Zola.
Plant a tree in memory of David
Share Your Memory of
David
Upload Your Memory View All Memories
Be the first to upload a memory!
Share A Memory
Plant a Tree